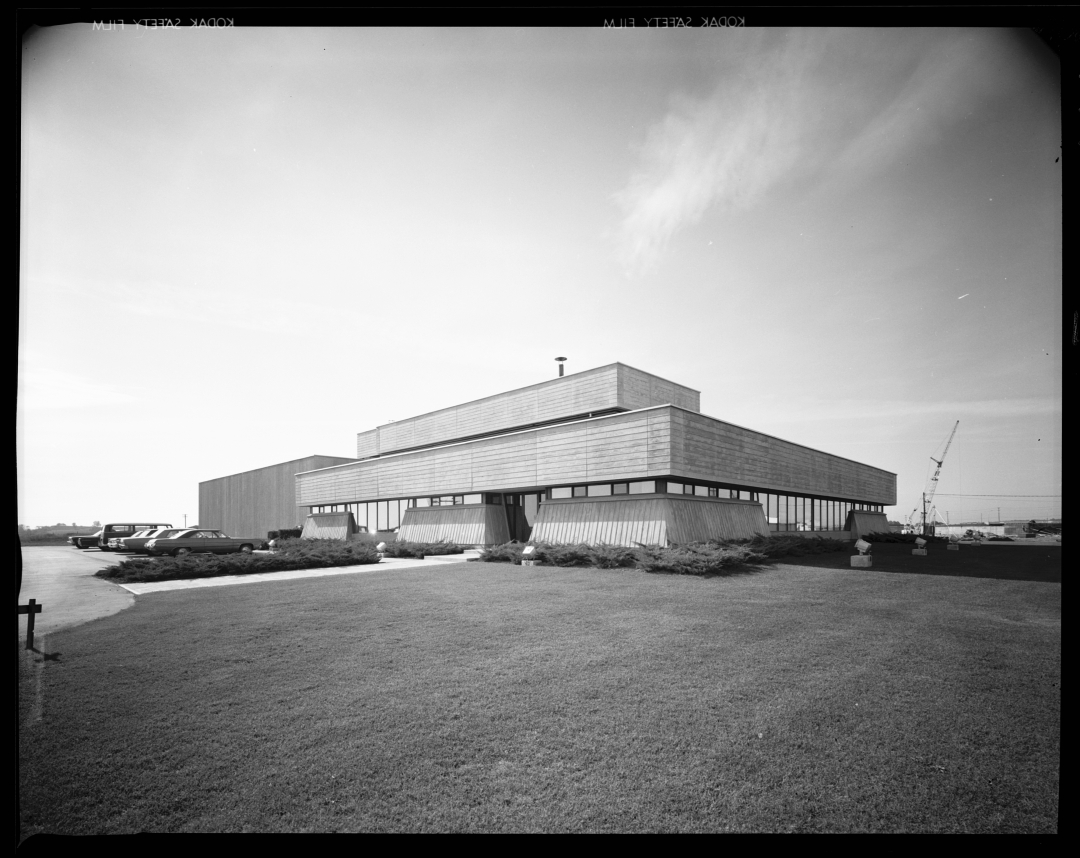 Why this Lingwood building was not demolished

In the late 1960s, the City of Kitchener made a deal with the Kitchener-Waterloo Record – an exchange … some property in downtown Kitchener for a chunk of land on Fairway Rd. across from Fairview shopping mall.

Former president of the Kitchener-Waterloo Record, Paul Motz called it “the middle of nowhere.”

The deal was made under the condition that the Record build on the site right way.

Architect, John Lingwood was commissioned by the Motz Family to design and build a new production/office facility for its chain of community weekly newspaper and the Fairway Press building was created.

(You can find out the details at the premiere of “Finding John Lingwood” my documentary about the modernist architect. Details to be announced soon.)

In the late 1990’s after many changes in weekly newspapers ownership or the closing of some, the site was sold to make way for the Best Buy store that now sits on the property.

But, the story of the building doesn’t end there … with demolition.

The building was constructed of prefabricated panels bolted to a steel frame; so, it was sold the Marsland Centre Ltd. of Waterloo, disassembled and moved to 101 Randall Drive, Waterloo where it stands today.

A solitary scribbler. View all posts by Dwight Storring