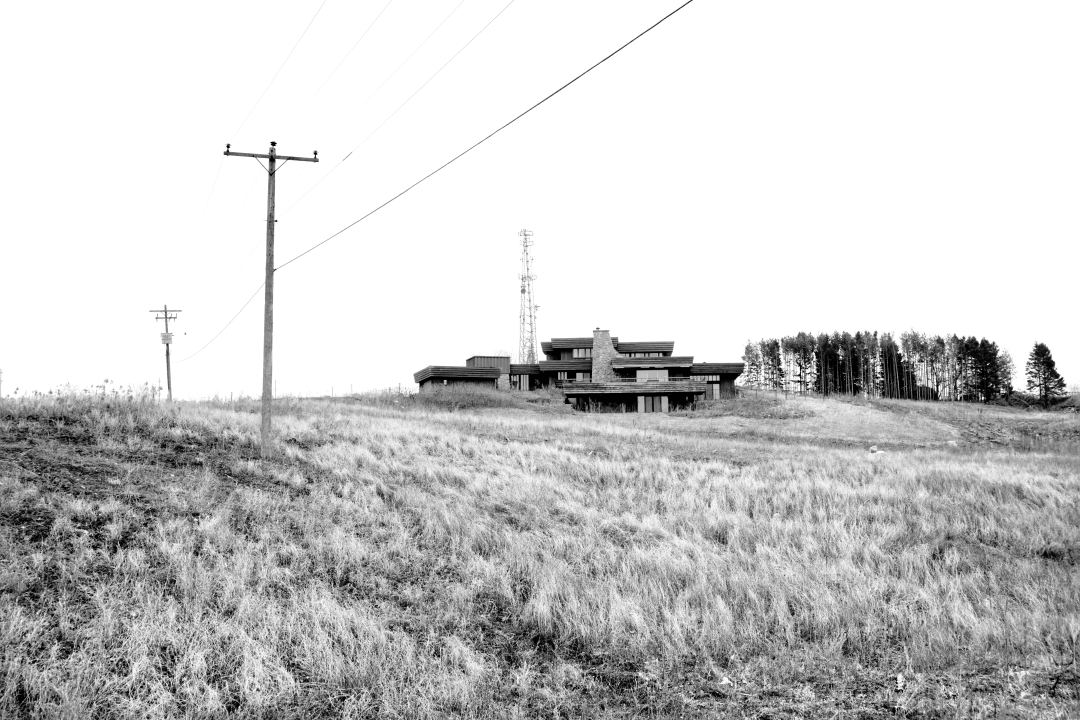 The John Lingwood mystery house was tracked down in a matter of hours after my recent post on here and on the Facebook page for my film “Finding John Lingwood“.

It’s perched on the very edge of the city, at 2219 Ottawa St., S. Kitchener at the intersection with Trussler Road. Based on information found in the Lingwood office project list it was commissioned by successful industrialist and owner of Morval-Durafoam Ltd., Keith Shantz in 1967.

Mr. Shantz married Winifred McLaren (nee Fitch) in 1973 – a second marriage for both. They were renowned for their support of the arts as founding supporters of Waterloo’s Clay and Glass Gallery, establishment of the Winifred Shantz Award for Ceramics,
the Keith and Winifred Shantz International Research Scholarship and other important contributions.

The home showcases some of John Lingwood’s favourite materials – field stone and wood. Also in the work, we see his commitment to complementing the terrain. This respect for the physical attributes of the building lot also shows up in the twenty Manchester Road houses that will be featured in the film (due out later this year). All the homes in this group have terraced lots. The houses are carved into the hillside with tall front windows that look out on a wooded conservation area.

Terrain also figures deeply in the Lingwood family cottage on Burnt Island in Georgian Bay – in the selection of the building site and the positioning of the cottage deep in the forest, where chunks of the Canadian Shield actually poke into the interior of the building. In the film, we make a return visit to the cottage with one of John’s daughters, after a 20 year absence.

In the Shantz house we see the influence of the great American modernist architect, Frank Lloyd Wright. The modest entrance is tucked into the back west corner of the house where you anticipate entering the expansive interior, speaks directly to Wright’s thoughts on compression and expansion.

The Wrightian influence is also present in Lingwood’s 1960 commission – the Carmel New Church on Chapel Hill Dr., Kitchener – another site featured in the film. However, he  bring’s his own vision of materials and meaning to this design resulting in a building that show’s John Lingwood at the pinnacle of his architectural mastery and positions Wright’s ideas as sub-text.

The Shantz house and surrounding property were purchased by Stephen Moxey in 2012 after Winifred’s death the same year. Mr. Moxey applied for, and got, a permit from the Region of Waterloo to clear the trees from the lot in 2016. Links to news stories from the Waterloo Region Record  below show how the work progressed.

Mr. Moxey was finally given clearance to proceed.

The house now sits on the cleared lot – a little forlorn and worse for wear.

I stopped by recently to let the owner know about “Finding John Lingwood“. I left my contact information with the hope someone would contact me and let me know what plans there are for the house.

Of course demolition is a potential fate for this 50-year-old piece of Waterloo Region’s modernist architecture. It’s not possible to preserve every building from the mid-century nor does every building warrant preservation. However, this house appears to be a significant building in John Lingwood’s body of work and is also deeply connected to the business and cultural life of the community through its former owners.

It would be sad to see it razed.

A solitary scribbler. View all posts by Dwight Storring